The main course greens were verticut this morning and then top dressed.  The rain that started around 8.30 didn't help, as dry conditions are needed for brushing the material in but we'd nearly finished by then so it didn't cause us any major problems.  Verticutting is, as the name suggests a bit like mowing but with vertical rather than horizontal blades.  The aim is to refine the putting surfaces by removing horizontal growth and reduce the impact of the coarser grasses on ball roll.  The high percentage of fescue in our greens has a strong effect on the way that the ball rolls across the putting surface.  The ball tends to sit into the fescue giving very good trueness readings (lateral deviation) whilst the coarser grasses have a negative impact on smoothness (vertical deviation).  The smoothness readings are still good but this is an area where there is scope for improvement.  We need to be very careful with verticutting and other agressive treatments as the fescue is weakened by excessive wear.  We only verticut when the fescue is growing strongly so that we don't tilt the balance in favour of the coarser grasses.

Posted by greenkeeping@aldeburgh at 17:20 No comments:

There are lots of wild flowers in the rough at present, adding a bit of colour to the course.
Here are a few examples


Posted by greenkeeping@aldeburgh at 19:13 No comments:

We've been spraying some of the bracken this week.   Don't expect the bracken to curl up and die in a few weeks, it only gets knocked back a little during the season of application but is severely weakened the following spring.  Bracken is a very invasive and robust plant that requires persistent effort over several seasons to get good results.  We use a combination of cutting and crushing to weaken dense bracken areas then a selective weedkiller (Asulox).  Several areas of the course that were once a dense and impenetrable monoculture of bracken are now dry acid grassland with a good mixture of wild flowers.  These areas provide a much better wildlife habitat than the bracken and a much improved golfing hazard.
Posted by greenkeeping@aldeburgh at 18:41 No comments:


Posted by greenkeeping@aldeburgh at 21:05 No comments:

The hedge and trees left of and behind the 3rd green on the river course that have been killed by salt water flooding were being removed today.  Some of the pines between the 3rd and 4th holes are also suffering but they're holding on and we're hopeful that many of them will recover. 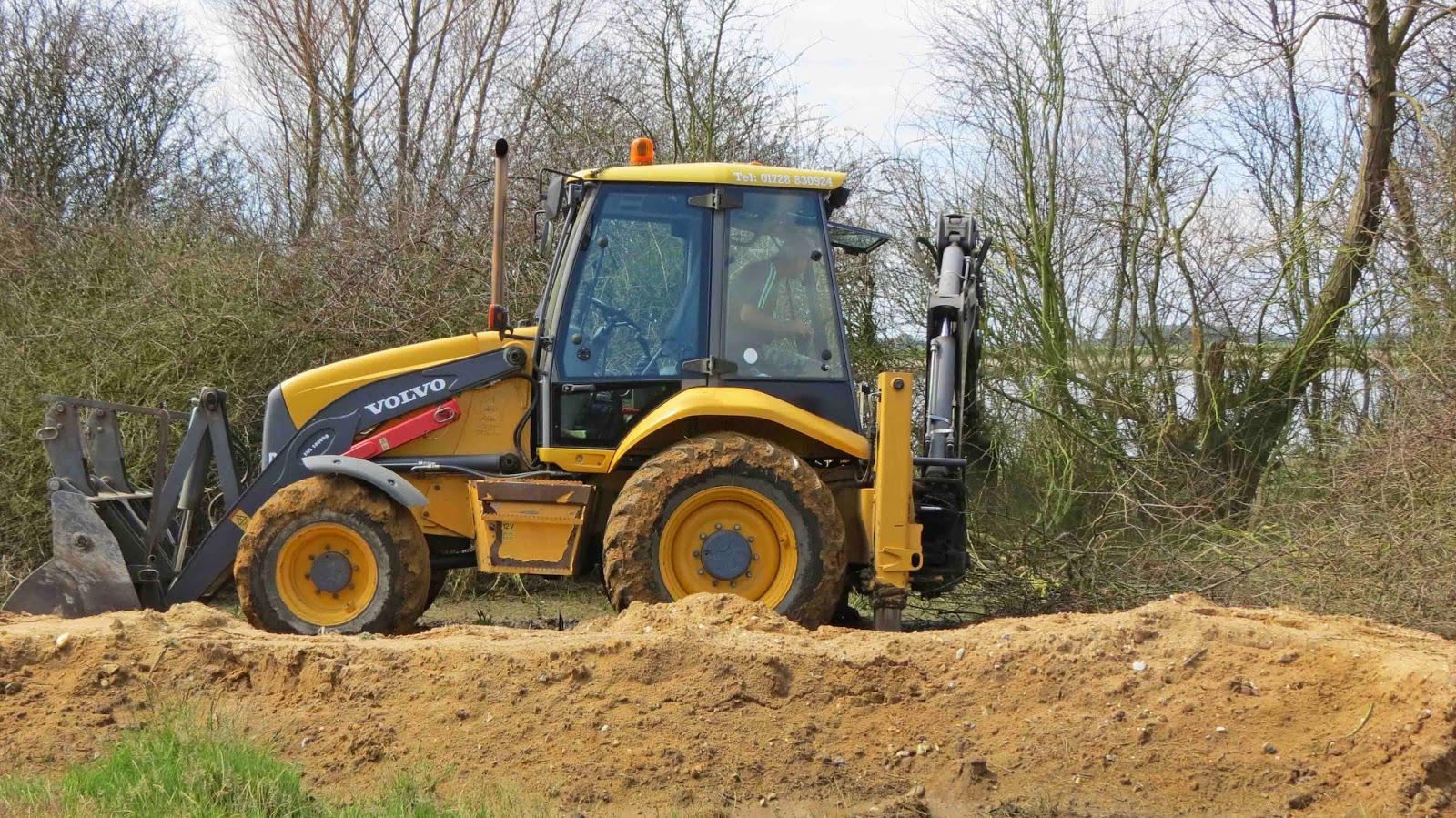 Posted by greenkeeping@aldeburgh at 21:04 No comments: