Weather summary for June and July

After matching our previous record average temperature in May we had a new record for June with an average temperature of 16.8°, about two degrees warmer than the average for June (The previous high was 16° in 2003).  The highest temperature in June was 27.2° on the 19th and the lowest 9° on the 30th.  Rainfall was a little below average with 44.2mm in total, with over half of it falling during the first week of the month followed by three dry weeks and then 20.6mm in one day on the 28th.

The record breaking trend continued in July, with 118.6mm of rain beating the previous high of 106mm (2012) by a decent margin.  (July average rainfall is 45.8mm)  82mm of the July total fell on the 10th, 11th and 12th with 51mm on the 10th alone, this made quite a mess of the bunkers!  It was also the second warmest July we've recorded with an average of 18.5°, a high of 25.8° on the 19th and a low of 10.8° on the 21st.  The record breaking rainfall and temperatures have resulted in unprecedented grass growth and a golf course looking much greener than we would normally expect during the summer months.

This is what all of our 100 bunkers look like after 51mm of rain in a couple of hours. 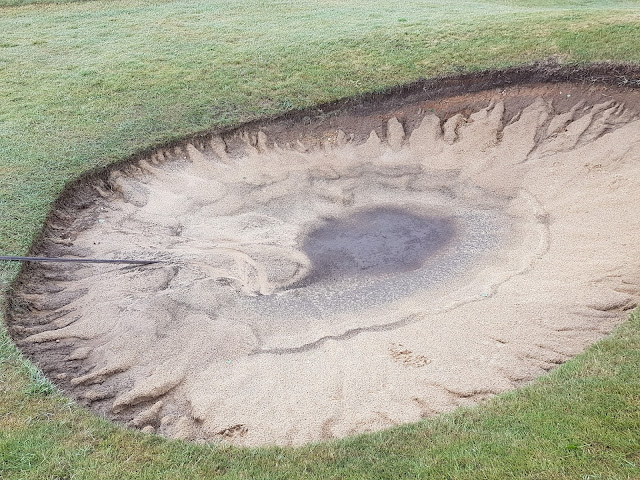 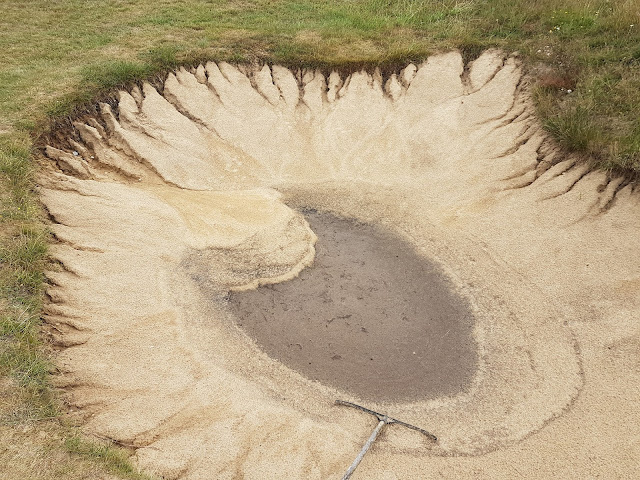